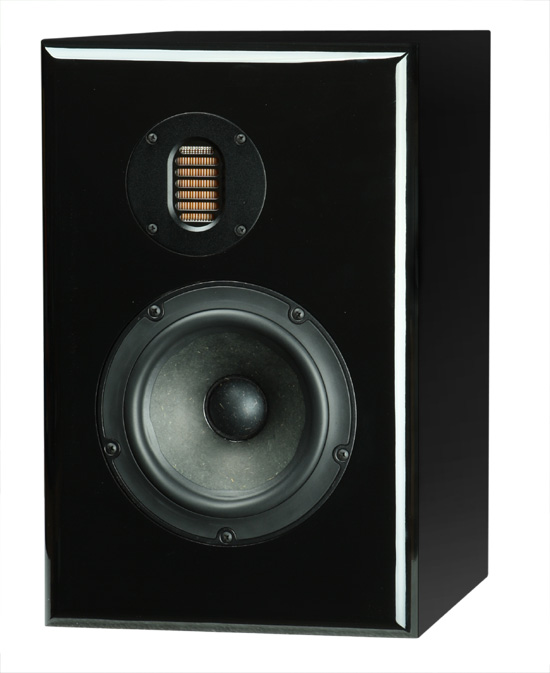 A client approached us to help upgrade their music system. This application was unique because the system would be connected to a digital keyboard. It could be argued that they wanted to create a live music experience at home, literally. Initially the interest was surrounding an accurate custom sub. However, when we heard about the monitors they would be using, the conversation changed. They were intending to purchase some monitors we had worked with before. We do come across quite a range of studio monitors in our consulting work. We proposed an alternative custom monitor and the result is seen here.

First we start with an Air Motion tweeter. Well regarded by many for their transparency and air. Of course, a tweeter with "air" in it's name must have air! And it must have motion, or it won't tweet very well. Bad attempts at humour aside, these are tweeters we don't normally use. One of the reasons is that many of them don't suit our designs. Another is that the response is often not as smooth as we'd like. However, in this case, we are using an active crossover which can overcome this aspect. Here we offered a choice between a silk dome and an air motion - they chose the latter. 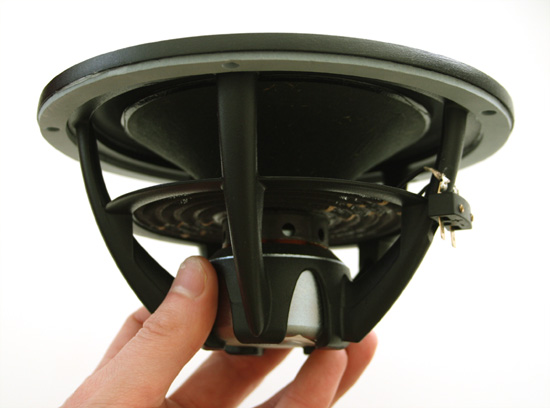 For the midwoofer, we were looking for a smooth response with an extended top end. One particular driver that stood out is the Vifa NE180W-04 6.5" midwoofer. In this regard, this driver is exceptionally smooth out to around 14k with the exception of one peak around 5k. A curious thing about this particular driver is the very different response shown for the 8 ohm version. Differences are common here but usually they are quite subtle.

Also important here is the ability to achieve reasonable bass extension in a sealed enclosure - adequate to cross to a sub. Often our goals would suggest a 4" or 5" mid but the bass requirements suggested a larger woofer.

We also liked the open basket design, which is ideal in terms of avoiding any coloration.

Given the intended use as a nearfield monitor, we considered that baffle edge diffraction on axis is actually more important than usual. We can easily see diffraction effects in our testing and crossover development, but in a typical real world situation, much of what we see becomes swamped by the room effects. In a nearfield situation, what we measure in our testing is closer to what the listener experiences. Room effects are more subtle.

In order to minimise diffraction, we did two things. Firstly, we carefully placed each driver with offsets optimised to tame the impact of diffraction on frequency response. Secondly, the baffle edges are rounded, which is especially important when using a small tweeter without any loading from a waveguide. 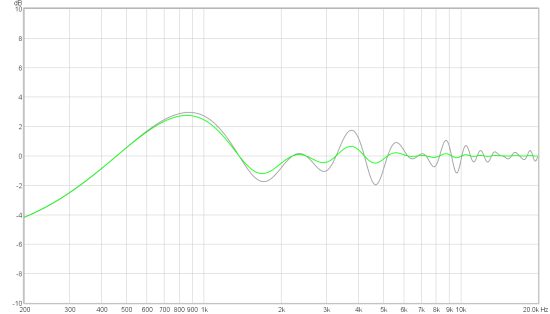 Here you can see the impact of the roundovers on a 1" tweeter that is mounted in the middle of the box. This is the extreme case, as this is the worst possible position for a tweeter. 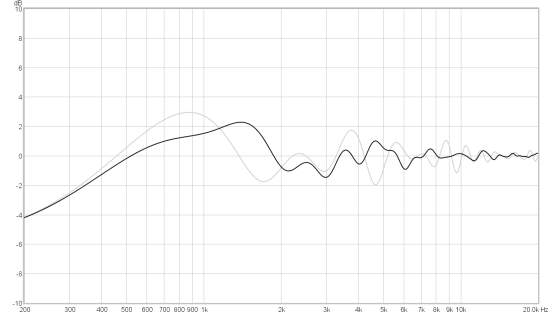 Again we've removed the round overs and shown the impact of tweeter position only. We've now moved the tweeter into its final position. 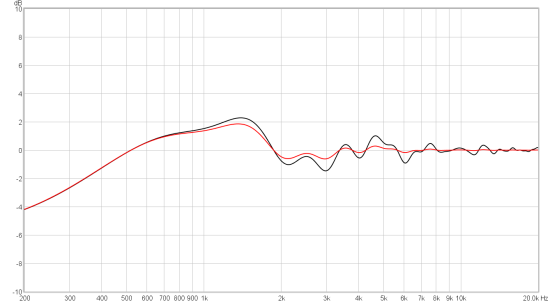 Here we can see that now adding the round over further improves the smoothness (red). 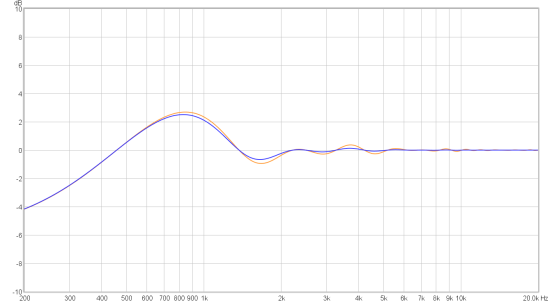 We have little choice with placement of the woofer but some adjustment is still beneficial. 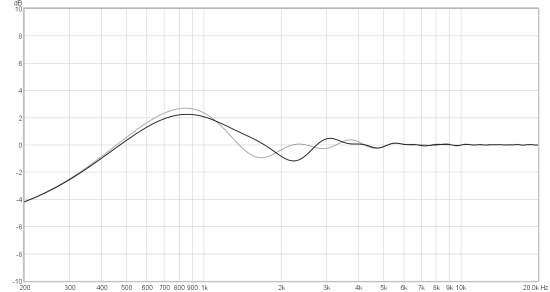 The black line shows how the final position compares to the middle of the box. There is not a great deal of difference but if we did have a crossover near 2k, we might be facing a challenge. 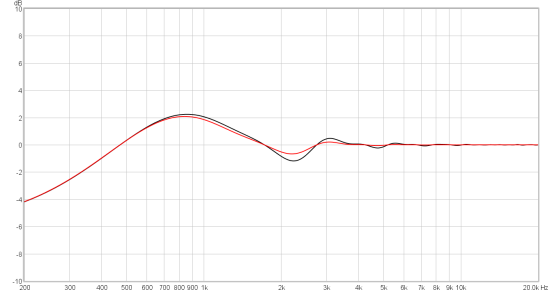 Now we've added the impact of the roundover and we can now see that it benefits us more than when placed in the centre. The dip around 2k is reduced, although the effect is subtle.

The enclosure we used here is a braced 32mm MDF with separate sealed chamber for the tweeter and DSP amplifier. The walls are internally lined with 15mm rubber sheets. The result is when knocked, it's like knocking on a concrete column. The cabinet is internally filled with acoustic material. 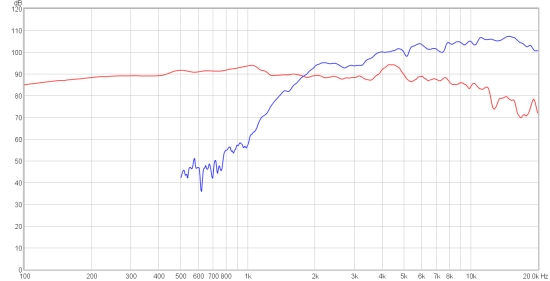 Here we can see the raw farfield frequency response. In this measurement, the drivers are simply mounted in the enclosure and then tested with no DSP filters in place. We did test with a cap on the tweeter, so its low end roll off has been modified.

The tweeter exhibits a rising response. This may be behind many of the subjective comments about these tweeters when this isn't corrected. In comparing it to other tweeters, we did notice what sounded like greater deal but also a thin sounding bottom end. This measurement explains what we heard.

Here we used a MiniDSP ICE amplifier with two channels for each speaker. The DSP crossover allows for very precise control.

One of the things we like about DSP active crossovers is the precision with which we can control the response. Although passive crossovers can be quite sophisticated, we find there are limits to what we can achieve, at times with a difficult compromise between response shaping and part count. With a DSP crossover, we typically have more filters than any design is likely to need. 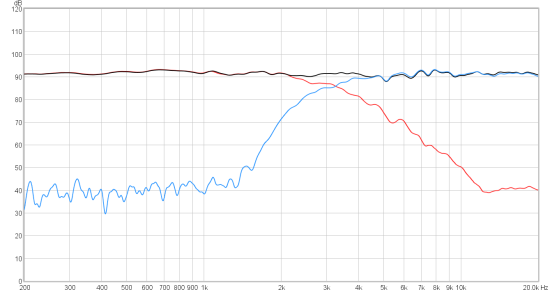 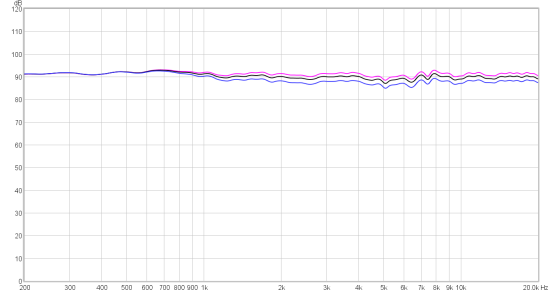 We also evaluated various settings to adjust the tweeter level. In this case, we found that a near flat treble response produced the best results and the most balanced sound.

One the crossover design work was complete, the original character of the tweeter changed significantly. The exaggerated top end detail and thin sound was replaced with a very balanced sound. Still, there was no question that its detail was very appealing.